Home » News » A brief history of the USB stick

A brief history of the USB stick

Unless you’ve been living underground, you are probably familiar with the Universal Serial Bus (USB stick). Those nifty little gadgets that enable us to store and backup information, and transfer data between devices (computers, laptops, digital cameras, mobiles, tablets, etc). We have come to rely on the small yet mighty USB flash drive, which has more than surpassed its predecessors – the floppy disk and optical disc. A convenient way to save files, documents, music and videos safely and quickly, almost all computers have some variation of the USB ports in their design.

Many people have purchased branded USB sticks as a personal storage device – some hang from lanyards, others from stationary, many attached to key chains, and some even appear as a surprise gift in a conference bag.

The original inventor of the USB remains disputable. Pua Khein-Sang is believed by many to have been the first to produce the USB flash drive with system-on-chip technology.

Often regarded as the ‘Father of Pen Drive’ Khein-Sang – founder of Phison Electronics – was up against competing claims from Trek technology and Netac Technology, who both attempted to enforce their patent claims. Trek was victorious in their Singaporean lawsuit.

The first commercial USB product was developed by an Israeli company, M-Systems in 1999. The breakthrough in USB technology came with the ability to connect flash memory to a computer without the need for drivers or specialist software.

At the turn of the millennium, global magnates IBM and Trek Technology began selling the first USB flash drives – Trek sold under the name ‘ThumbDrive’ and IBM under the name ‘DiskOnKey’ – the latter of which was developed and manufactured by M-Systems.

In 2000, Lexar released a compact flash card with a USB connection, as well as a companion card reader/writer and cable that eliminated the need for a USB hub. 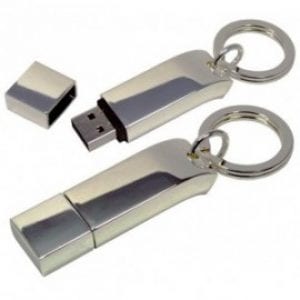 The companies that claim to have invented the first USB flash drive have been unable to protect their intellectual property. As a result, there are many different manufacturers and designers of USB flash drives worldwide.

The products of today are incredibly durable, speedy and capable of storing huge amounts of data – anywhere between 8GB to 1TB! They vary in terms of shape, size, style and colour – from red coca-cola bottles, to wooden and leather coatings, to metallic robots, animals and key rings.

Due to their continual growth, today’s USBs are bursting with memory and sold at a much lower cost. While the first USB flash drive cost around $30 (for 128 MB of memory), you can now expect to pay about $10 (for 8 GB).

Thanks to modern technology and computer development, it is likely that the USB flash drive will become even cheaper in the years to come.

Uses for the USB stick

The most common use of the flash drive is to store/transport information – documents, images, files, etc.

Encrypted and secure USB drives can be used to keep data protected.

Using the free PREDATOR application, you can turn your flash drive into a ‘key’ for your computer.

Window’s has a feature that allows you to save a current wireless network name, password and information to your USB stick.

Install AVG CD software on your flash drive, allowing you to scan viruses and recover files from your USB.

There are many more uses for a USB stick – we will be discussing these in our next blog! 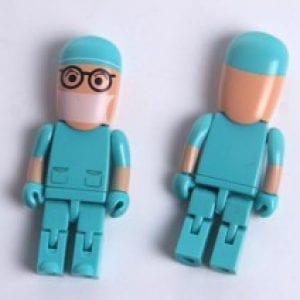 At Flash UK, we are the USB experts – feel free to ask us anything about the USB stick! Get in touch with us today to find out more about our extensive range of products, or for further advice on the type, style and size USB stick you require.